A video-cue is a cue to transition to a specific view of the current 360 or 2D video at a specific timecode in the video media file. The idea is to bring a cinematic experience to working with transcripts, such as zoom, pan and jump cut. This is also called recamming, ie. using a virtual camera to show a different view of the original footage. Cool! 🍦 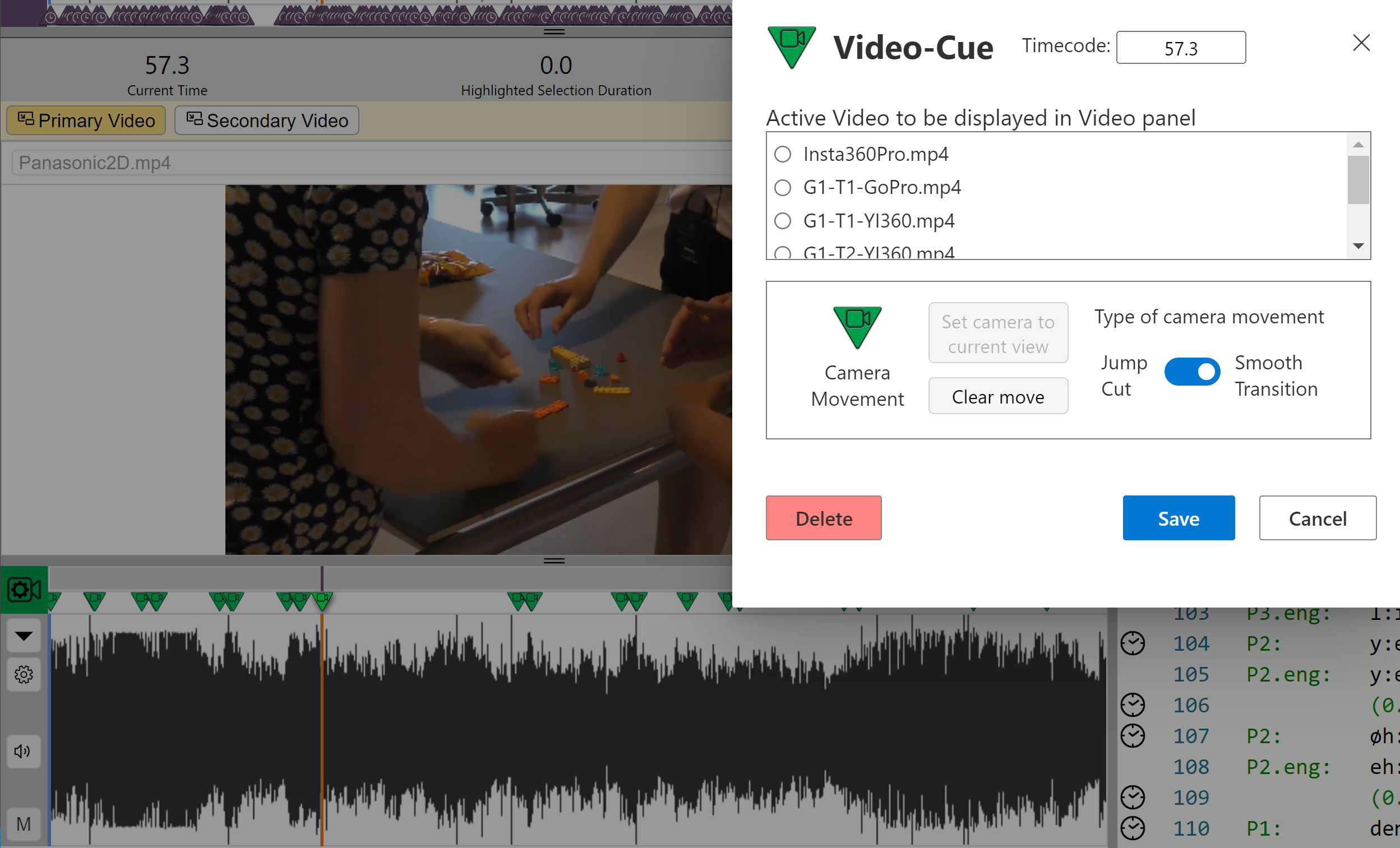 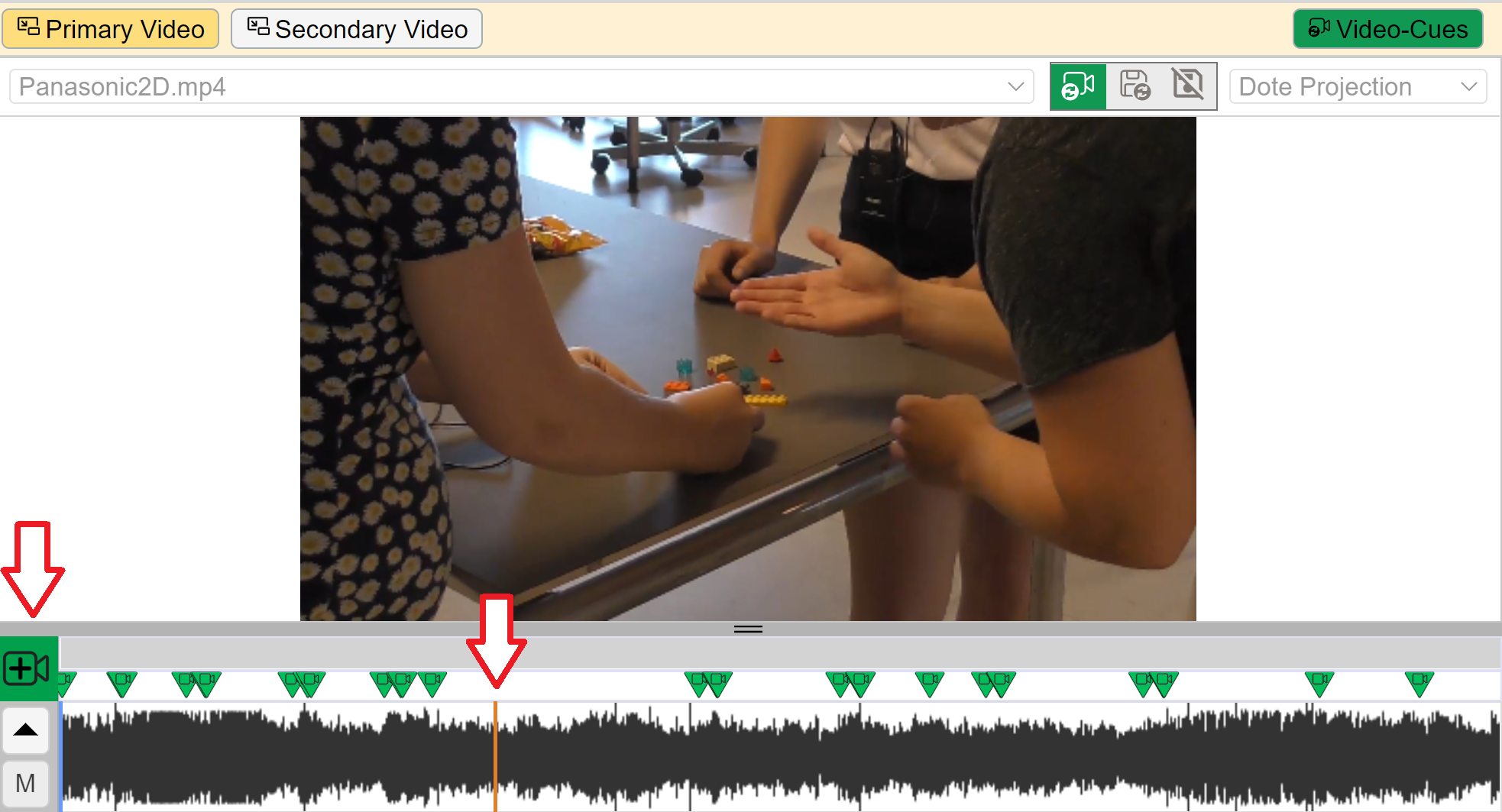 If at any time you try to create, edit or move a video-cue when the lock video to video-cue slider button is not selected, then DOTE will warn you that video-cues will not be tracked in the video panels unless you toggle them on in one or both video panels.

There are two ways to edit a video-cue: 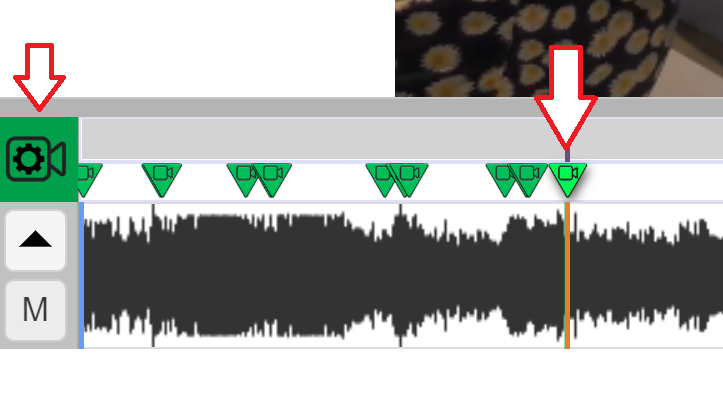 What can be edited? 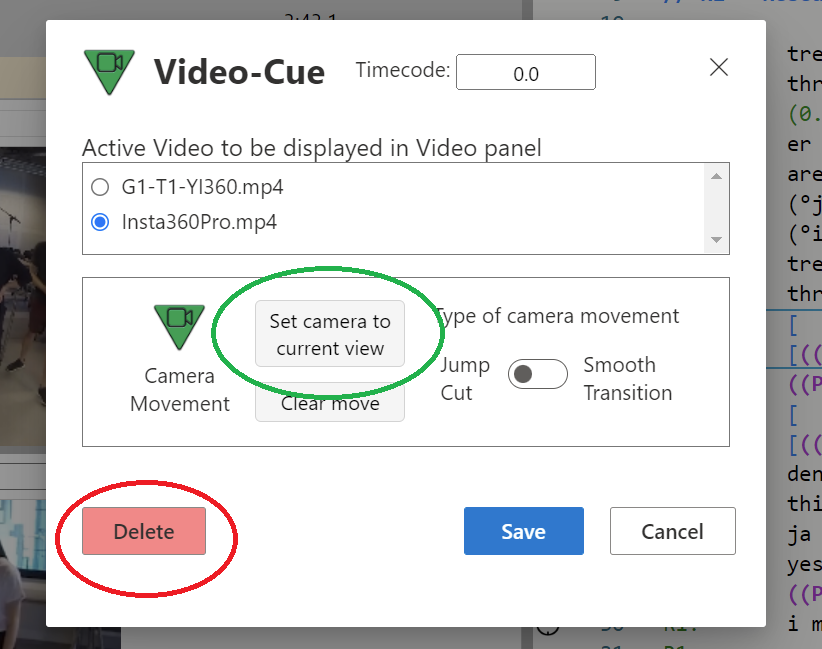