Transcribing in the Editor

Once a Project with a Transcript is created or opened, with an attached media file, then you can immediately type in the Transcript Editor. 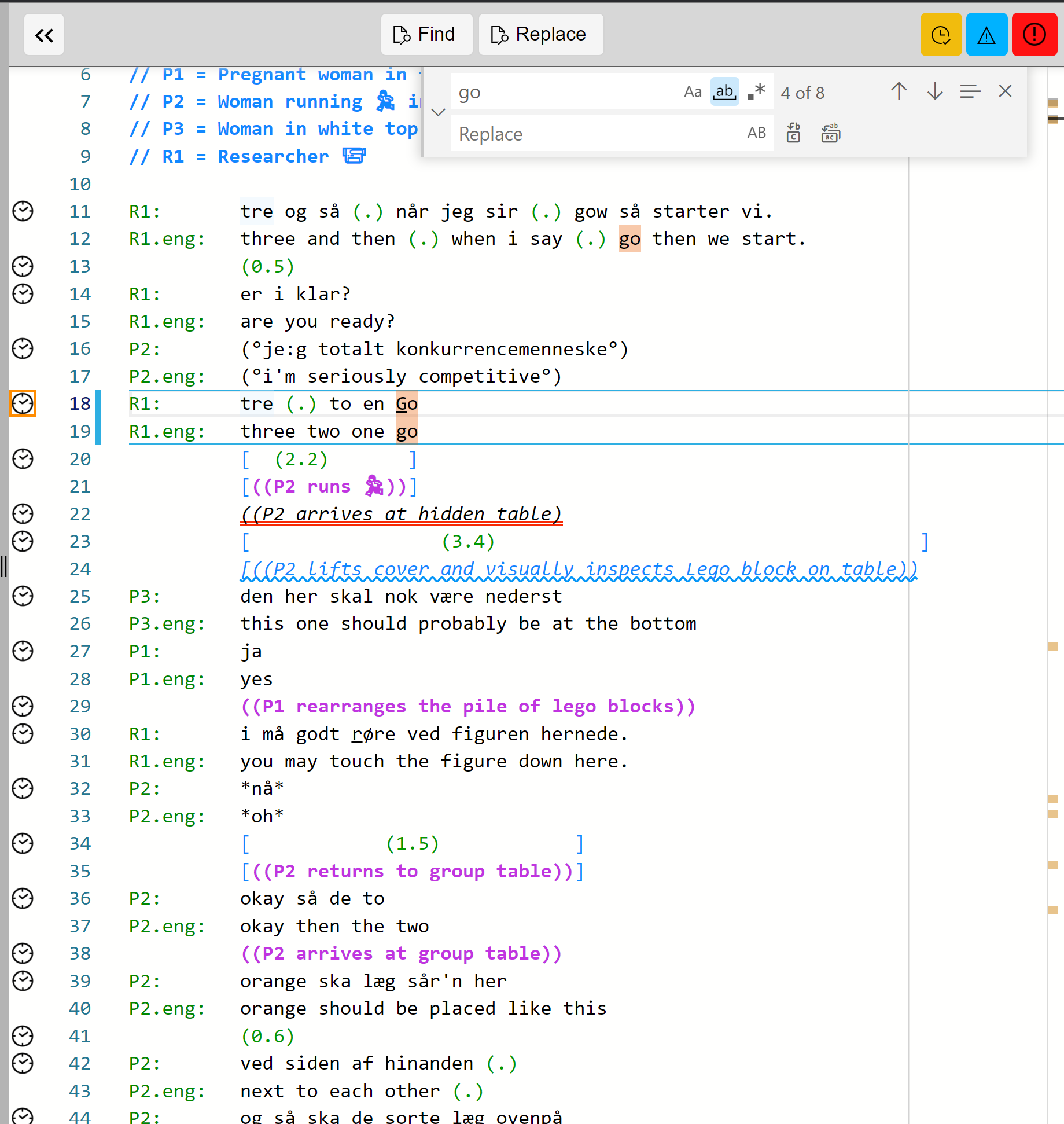 Some rules that DOTE follows

DOTE instantiates a specific set of rules embodied in the two sets of transcriptions conventions. They have much in common, but there are key differences with respect to multimodality. 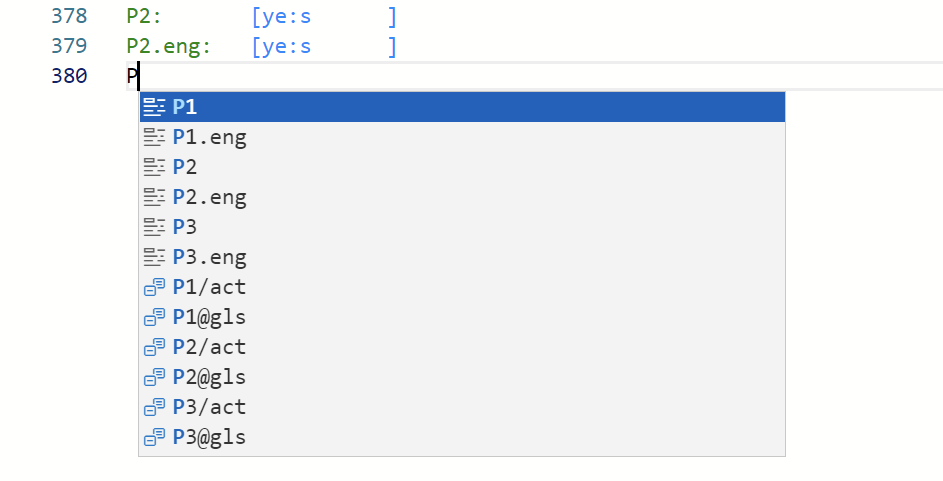 This list can get quite long if you have many speakers and many subtier type instances.

The name column width can also be changed in each Transcript.

Just add a three-letter code for each extra language sub-tier (eg. eng). - Although the usage of ISO 639-2 language codes is strongly advised, it is not enforced. See the complete list of such language codes.

You can also type the first letter (and second) in the transcript body and a list will appear with a selection matching the letter(s), eg. type p and a list of pitch related symbols will appear.

There are two special cases of autocompletion that are non-standard:

More fixed symbols and pairs will be added in later releases, as well as a user-configurable set of autocompleteable symbols/pairs.

The scroll bar shows a minimap of where the other instances of the currently selected text or FIND matches are located in the whole transcript. Neat! 😇 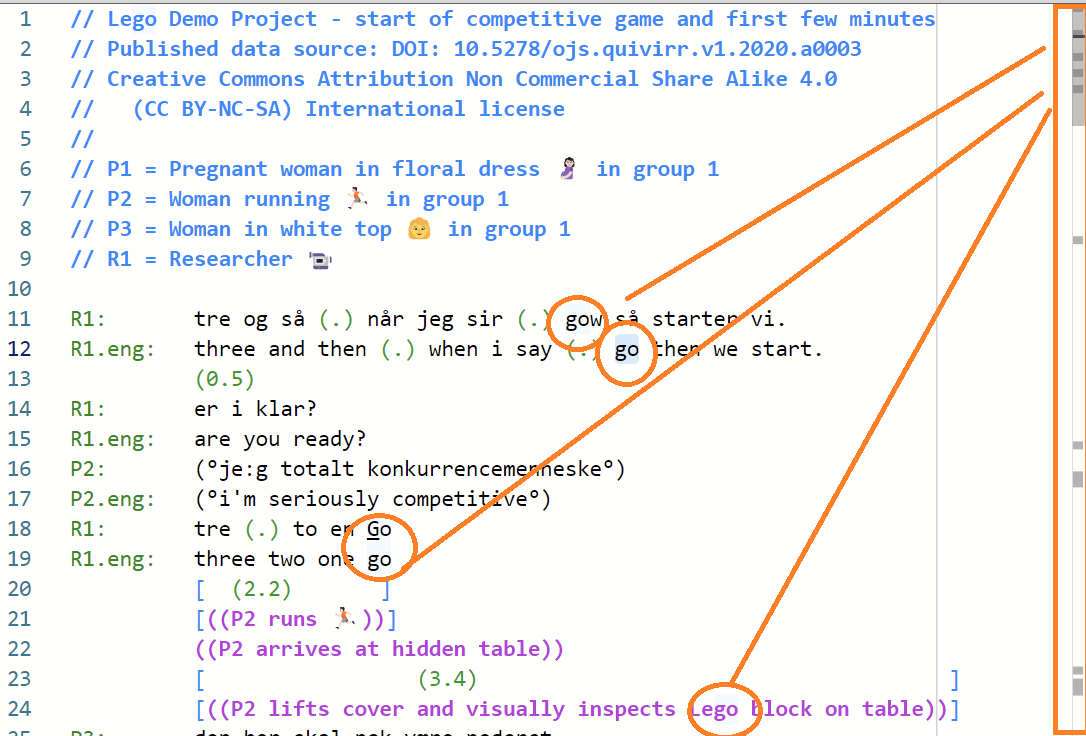 If you would like a gentle reminder of a specific right margin that the body of the transcript should not exceed, then turn on the margin indicator in Transcript Options. A gray vertical line will appear in the Transcript editor panel. A specific character width can be set. The default is 70 characters, but that can be changed for all new Transcripts in Settings. It can be turned off for all new Transcripts as well. The margin indicator option for each Transcript overrides the default setting. The indicator is just a guide; DOTE does not enforce word wrapping.

Where is the edited transcript stored?

Other commands and shortcuts

There are more complex editing commands available that you can explore, such as multicursor, change all occurrences or search/replace.

A complete list of commands and shortcuts is available.