There are many guides to using the Jeffersonian-derived CA transcription conventions that Gail Jefferson developed. The most recent and comprehensive can be found in:

The structure of a Jeffersonian transcript

A typical transcript in the script-based Jeffersonian style has the following formal structure:

This diagram should help simplify the composition of a neighbourhood: 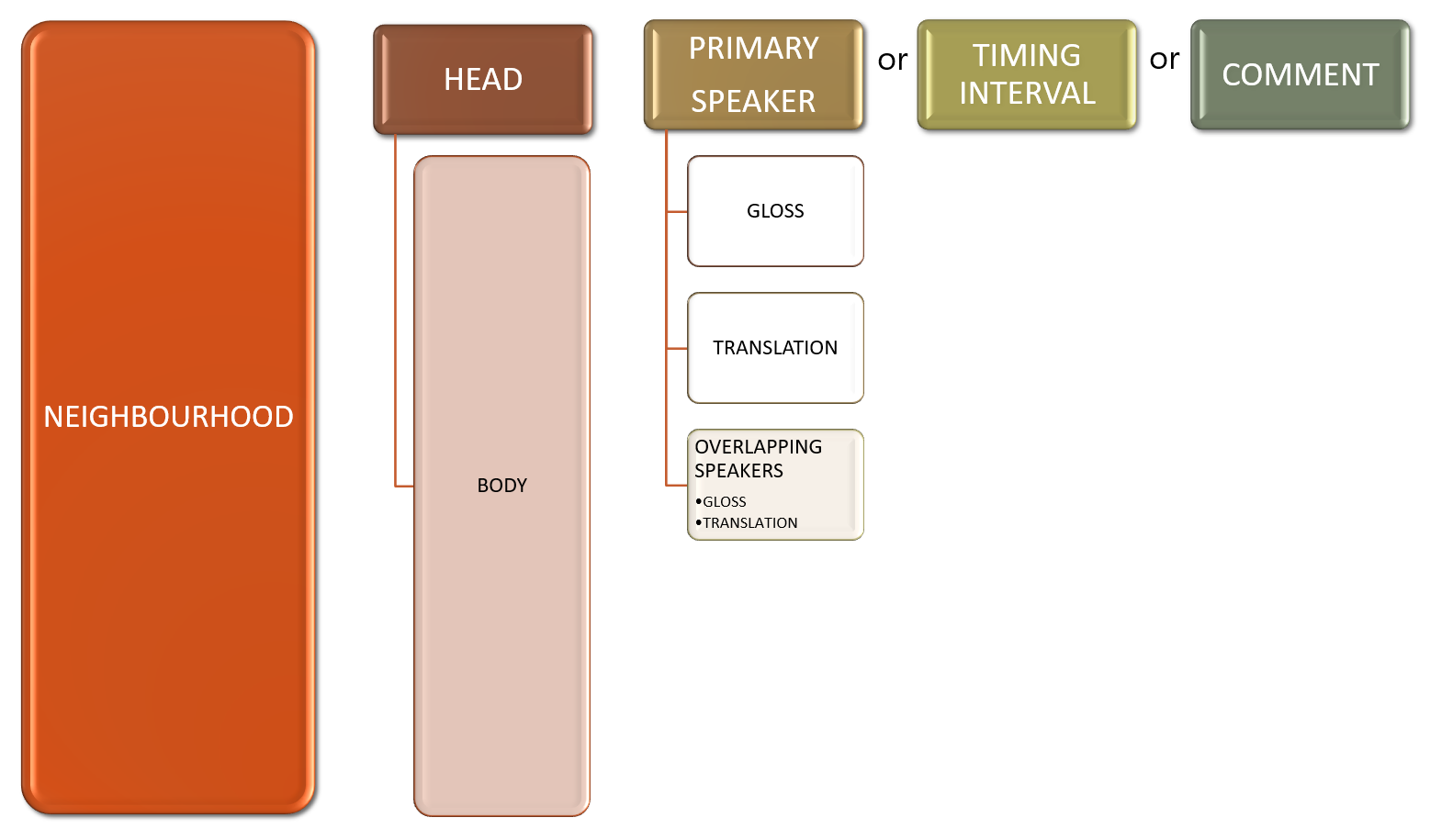 There are 5 neighbourhoods in the example above:

For languages other than English, a primary or secondary speaker line in a neighbourhood may be directly followed by:

These additions are still within the same neighbourhood anchored by the primary speaker line. For example, here is a short example in Danish of a single neighbourhood from Heinemann & Steensig (2017)

Note that any translation (or interlinear gloss) subtier for a speaker must lie directly beneath the speaker tier line. This is required to preserve the integrity of the neighbourhood as a temporal unit.

Overlaps across multiple lines in the same neighbourhood can be automatically realigned with each other. With its transcript heuristics, DOTE scans for overlaps in every neighbourhood. If an overlap is misaligned vertically, then DOTE can do a pretty good job of realigning it.

The following are supported:

When editing the transcript, type CTRL+ENTER or ⌘+ENTER to show all available symbols in a drop-down list. Type the first (and second etc) letter of the name to bring up the closest suggestions to autocomplete. Note that autocomplete does not work when the cursor is inside or just after a word.

The following pairs are supported and autocompleted when the first of the pair is typed:

When editing the transcript, type CTRL+ENTER or ⌘+ENTER to show all available paired symbols in a drop-down list. Or type the first letter of the symbol name to bring up the closest suggestions to autocomplete, eg. typing "s" will bring up the "soft" and "slow" choices. Overlap is only available when an overlap is predictable and expected in the context of the neighbourhood.